Home » Bloggy Thing! » A Taste of My Own Medicine

A Taste of My Own Medicine 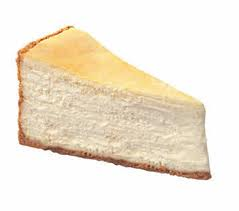 Here I was in a situation where I knew what to do. I also knew what I wasn’t doing. I had associated for too long with the problem, but I wasn’t improving upon  it.

Along came an opportunity to act as coachee for a supervised trainee coach. Here’s what happened…

Having someone’s outside perspective of my situation was the kick-up-the-jacksy I needed. It wasn’t what they thought that was enlightening. But feeding back to me what I was saying.

Fundamentally, my bad eating was a self-imposed hurdle. So, as I suspected at the outset, the issue wasn’t about not knowing what to do. It came down to understanding why & what for.

We all need someone to help us thrash it out

If I could get the other stuff to work, why wasn’t I improving upon this this eating thing?

I was also aware that rewards we want are often hedonistic. We want quick positive rosey outcomes for any sacrifice or additional effort we outlay, and it doesn’t really work like that!

I needed to update my thinking:

… and For The Proverbial You

So, the proverbial you may think you have all the answers in your head. But that doesn’t necessarily work on the first pass because all the problems are in there, too! Clouding your judgement and denying you a true sense of direction.

You can learn a lot from cheesecake!