Home » Bloggy Thing! » Gender & Minority Equality | Where are we?

Gender & Minority Equality | Where are we? 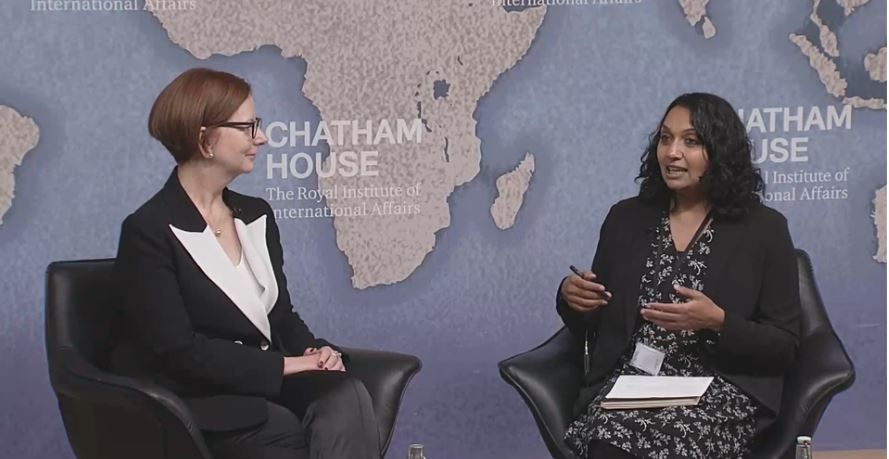 Life is currently complicated while being boiled down to simple issues. Which they are not.

If you want to understand the context of the world, its issues and drivers, look to Chatham House. Chatham House is based in London and is a world leading institution on international affairs.

In recent years we have all learnt that domestic affairs usually have an international component. No country is an island, politically, economically or morally speaking.

Change is global. Often disruptive. Sometimes for good. Sometiimes less so. Countries are wrestling with the conflict of patriotism and rising levels of nationalism. While citizens feel removed from decision making with rising levels of socio-economic inequality. Never has the world felt so connected, while increasingly disconnected on so many levels.

With that cheery observation out of the way…

Here is a recent talk at Chatham House, London, with Julia Gillard, former-PM of Australia.

Women in leadership and gender equality is a long way from being fixed. When people say that legislation is in place and that cultures are changing, you only have to look at the rate of change to see that this will be slow.

The debate on gender and minority equality requires constant focus and discussion. If we do not, people will believe that the barriers have been removed.

With her personal experience and through the lens of a woman who has held political office, Julia Gillard discusses her work on evidence based research on equality.

The topics covered in this video are:

There is a lot of food for thought here.

My main takeaway is to understand and to engage with the complexity of issues. People desire simple answers and quick solutions. Perhaps exacerbated by instant-gratification.

Einstein said, “Everything should be made as simple as possible, but no simpler.”

I hope you enjoy the talk.